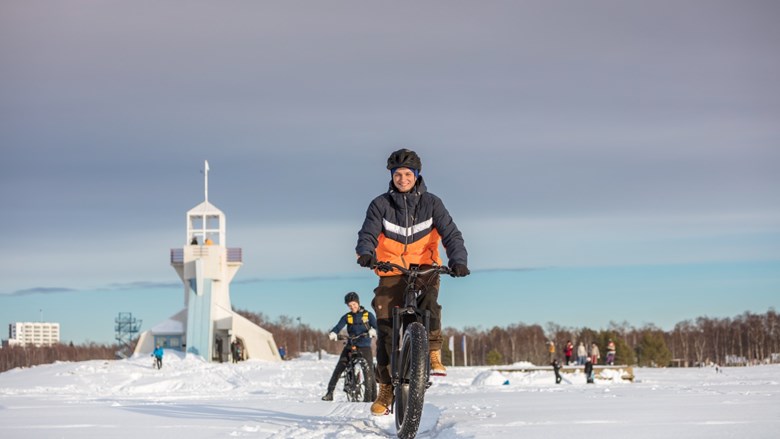 Oulun Energia has worked long term to develop the generation structure of district heating, which is why we stand out in our favor in regional comparisons as most affordable district heating producer when the 13 largest cities in Finland are compared. So what have we done differently in Oulu than elsewhere, and why are there regional differences between district heating companies?

Oulun Energia's district heating generation is largely based on the use of renewable energy sources and the utilization of waste heat, which allows for an affordable price of district heating now and in the future. Switching to renewable energy sources is both an environmentally friendly and cost-effective choice for energy companies, as they buy expensive emissions allowances to compensate for the use of fossil fuels, which in turn is directly reflected in consumer prices. 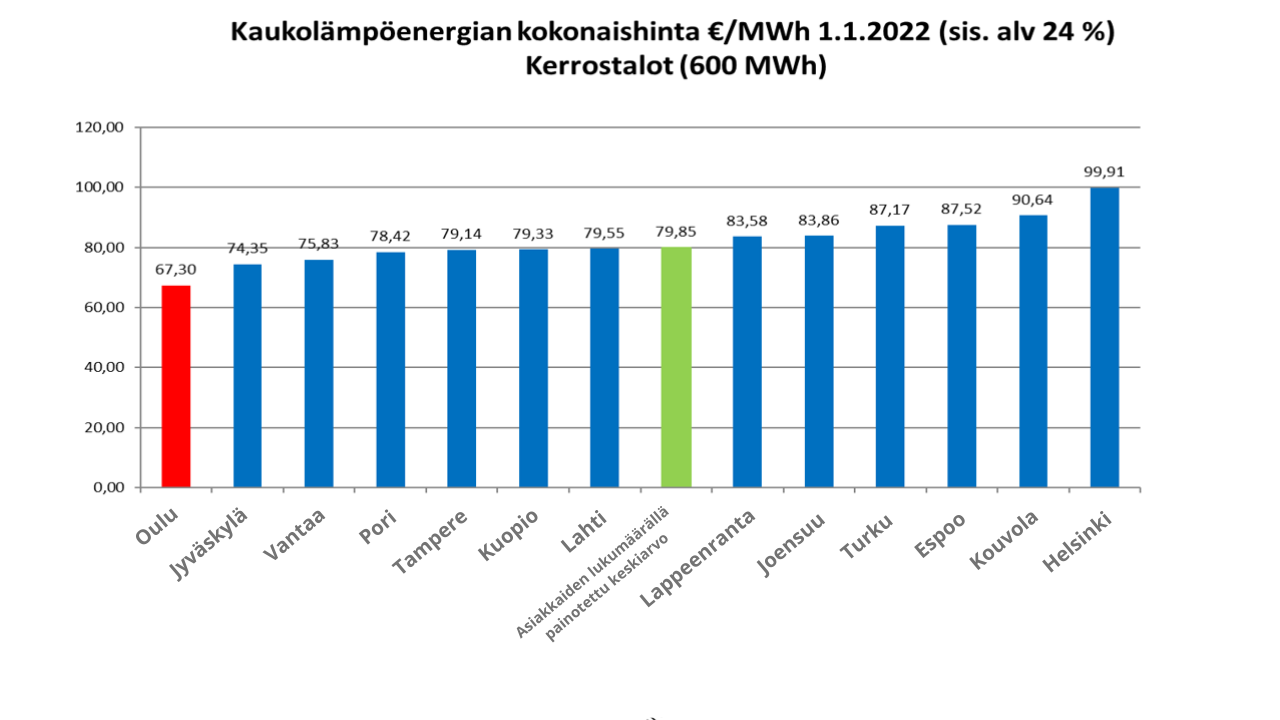 Oulun Energia's position in the city comparison of district heating pricing for apartment buildings on January 1, 2022. The price shown includes the fixed fee and the energy fee. Source: Finnish Energy.

Currently about 70% of the district heating generated by Oulun Energia is completely carbon neutral. Environmentally friendly generation of heat is constantly being developed and in the coming years, peat, for example, will be increasingly replaced by renewable and recycled fuels.

The condition of the district heating network is crucial 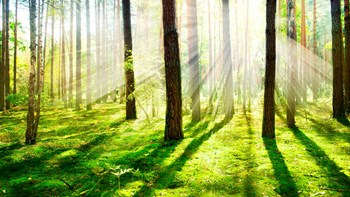 Are we holding waste or material looking for somewhere to go? When will economic growth and the amount of waste be decoupled? How will the consumption behaviour of people and businesses take a more ecological direction? These are some of the things we consider in Oulun Energy’s circular economy team, which is passionate about what most people want to get rid of. District heat is the future energy solution for businesses

Few people know that the district heat network works in two directions – a heat user can also be a waste heat producer at the same time. 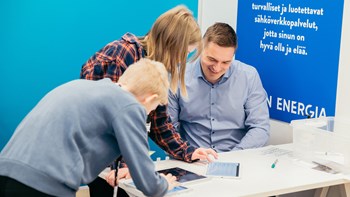 Learning skills for the future takes a relaxed, fun approach at Yrityskylä

Oulun Energia is to continue its proven cooperation with Economy and Youth TAT, which arranges and maintains Yrityskylä activities for young people. Yrityskylä is a Finnish learning concept, where schoolchildren are provided with important information and experiences about the economy, working life and entrepreneurship. Oulun Energia’s CEO Juha Juntunen visited the elementary level Yrityskylä in Toppila, where there is also a miniature version of Oulun Energia.
Read all