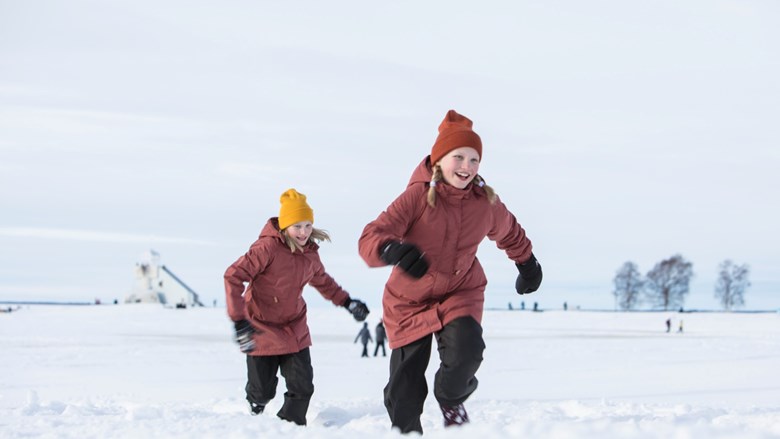 Vote for carbon neutrality by choosing district heat produced entirely with renewable energy sources. It is now available to all district heating customers.

Households can significantly reduce carbon emissions by switching to carbon-neutral district heat. For example, in Oulun Energia’s power plants, it is already produced using waste and surplus heat generated in industry and the food trade as well as with bio-based fuels, which include industrial wood by-products, such as sawdust and wood from demolished buildings.

- Heating and electricity are the main sources of carbon emissions in the real estate sector. We have been purchasing zero-carbon electricity for a long time, and now we are looking at heating solutions. There is also an ongoing programme to phase out oil heating.

The use of carbon-neutral district heating is not restricted to large operators. Every district heating customer, private homeowners and housing companies alike, can choose that same option.

- Carbon-neutral heat production sites will be actively increased and the use of peat reduced,” says Kimmo Alatulkkila, Heating Services Manager at Oulun Energia.

- We currently have several projects that will increase the share of carbon-neutral production in our production, and there has been a considerable transition from peat towards bio-based fuels this year.

By choosing a new alternative to district heating, the customer will genuinely reduce total carbon emissions, not just their own carbon footprint. The price of the product is kept as low as possible in order to help customers keep their annual heating costs more or less the same.

Carbon-neutral heat production is a significant, future-oriented choice for Oulun Energia.
- The investments are many times higher than the flow of income from customers for this product at this point in time.

How does the water know?

Consumers have asked how will the water circulating in the district heating network know whether it is carbon-neutral or not?

Kimmo Alatulkkila responds by saying that district heating itself is only a channel through which energy is transferred to the customer. The end product is the same for everyone, i.e. homes are heated with hot water circulating in the district heating network. You can look for a point of comparison on the electricity market. While the electricity itself is the same, the consumer can choose which type of energy production source they wish to use. 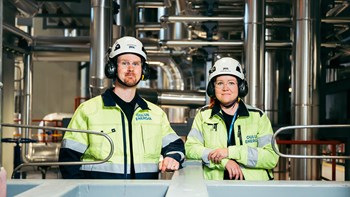 Employees have a fairly long career at Oulun Energia. Saara Palo-oja has been working 11 years for the company and says that her own desire to learn and the group’s encouraging support have taken her from intern to production manager at the circular economy unit. Over the past 15 years, operating manager Antti Juopperi on the other hand has risen from an apprentice to a management position in the energy production unit with the encouragement and flexibility of a training-oriented team.
Read all