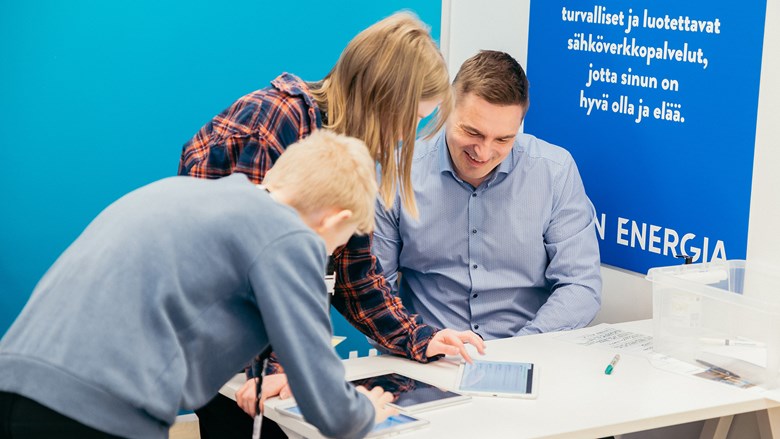 Learning skills for the future takes a relaxed, fun approach at Yrityskylä

Oulun Energia is to continue its proven cooperation with Economy and Youth TAT, which arranges and maintains Yrityskylä activities for young people. Yrityskylä is a Finnish learning concept, where schoolchildren are provided with important information and experiences about the economy, working life and entrepreneurship. Oulun Energia’s CEO Juha Juntunen visited the elementary level Yrityskylä in Toppila, where there is also a miniature version of Oulun Energia. 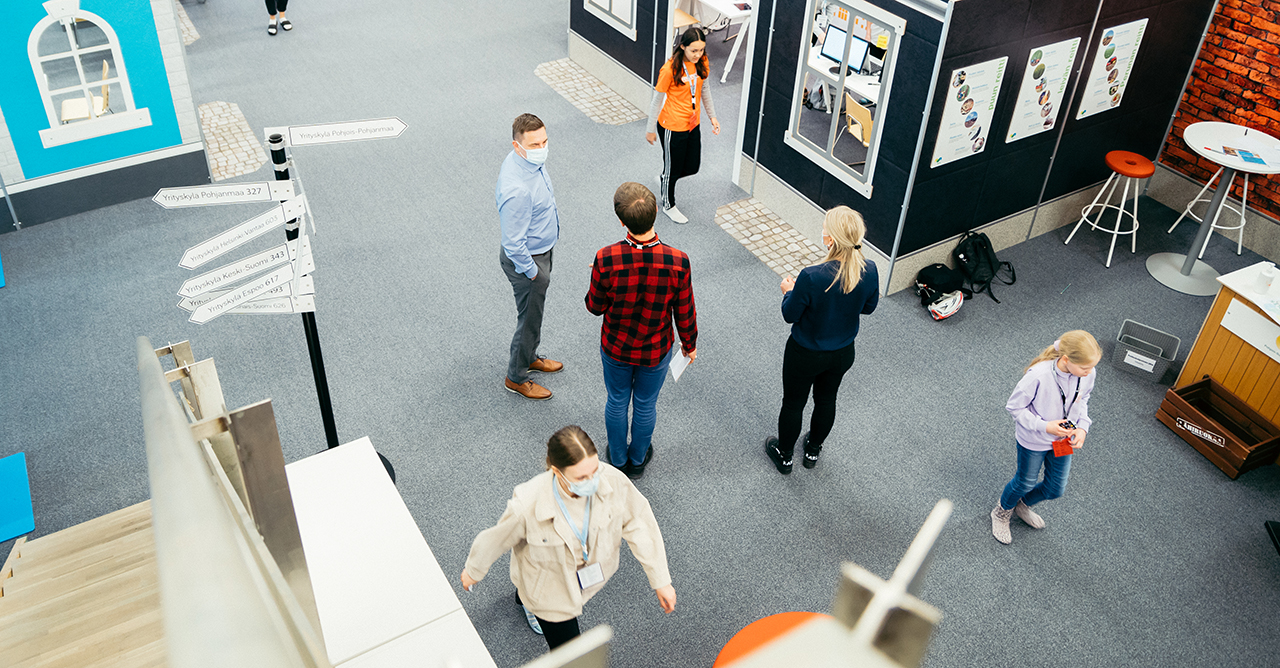 The corridors of the miniature town are abuzz as enthusiastic children get on with doing their chosen jobs. Ahead of the visit, they studied the occupations available by partner companies in the Yrityskylä village, after which they apply for a job. During the day, the children worked in real occupations and received wages for the work they did. The idea behind the Yrityskylä visit is to simulate real life as closely as possible but at the same time in a fun way, by using gamification in learning for example.

At the mini Oulun Energia, schoolchildren get to work as CEO, security officer, production director, development engineer or network designer. The job titles provide direction to the schoolchildren working in Yrityskylä – the CEO has a representation role, pays invoices and signs agreements, whereas the security manager provides energy advice to other companies and prepares crisis management plans.

Young people also get a broad view of various jobs, values and activities at Oulun Energia. Oulun Energia’s miniature company will also be known to other Yrityskylä companies since everyone has to go and make an electricity transmission agreement during the day. Besides this, others are given useful tips on sensible energy use and can also take part in an energy quiz. 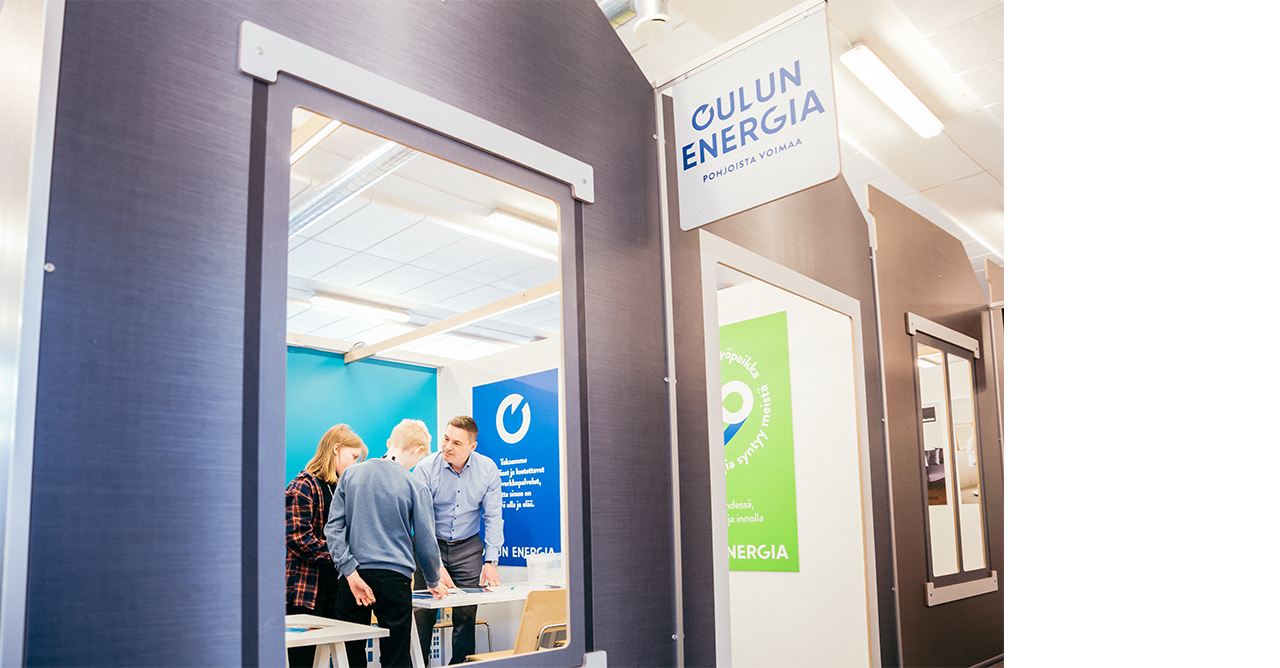 “Visiting us is really a unique day for young people because they can try out new skills in practice and it might be their only trip during the pandemic,” says Jari Maijanen, Partnership Manager, Yrityskylä Northern Ostrobothnia and Lapland. After a long wait, the day usually starts off with an enthusiastic, yet slightly apprehensive mood. However, things get more relaxed and speed up as the day goes on – especially when it’s time to be paid, since during breaks the children can go shopping.

Oulu Energia’s CEO Juha Juntunen also commends the authentic arrangement. “It’s really great how realistically the entire concept has been built. Here, the children can put important skills into practice outside the classroom and during the visit they gain encouraging experience of performing, entrepreneurship and sales skills – these skills are often practiced too little.”

At Yrityskylä, some young people work in management jobs, which highlights responsibility also for other jobs than one’s own. “Young people might be a bit apprehensive at times at performing, managing or coping with all the routines, but there’s really no reason to be too apprehensive since mistakes are allowed and this is how you learn,” Jari encourages.

Yrityskylä activities have been found to have a positive impact on many other things, too. Schoolchildren who have visited Yrityskylä have been more enthusiastic to apply for summer jobs and to learn new things compared to those who have not taken part in the activities. In addition, those taking part have considered non-discrimination and climate change to be more important following their visit. We are proud to be involved in activities representing values important to us and where future generations are supported,” Juha says.

But how was the day at the miniature Oulu Energia? “It was fun!” exclaimed the CEO and security manager together at the miniature Oulu Energia. After this, the young people showed Juha the jobs they had been given. “All sorts of things were done and still need to be done, now it’s time to pay the company’s bills,” explains the CEO of the miniature version. “You’ve got just the same jobs on your work desk as I’ve got on mine, it’s just that my invoice totals might be a bit different,” Juha laughs. Showing the jobs is soon interrupted by a break announcement and the security manager and CEO of the miniature Oulu Energia rush off to their next jobs. “We’re off to buy something at the kiosk and some banking matters need to be sorted as well,” the youngsters smile. 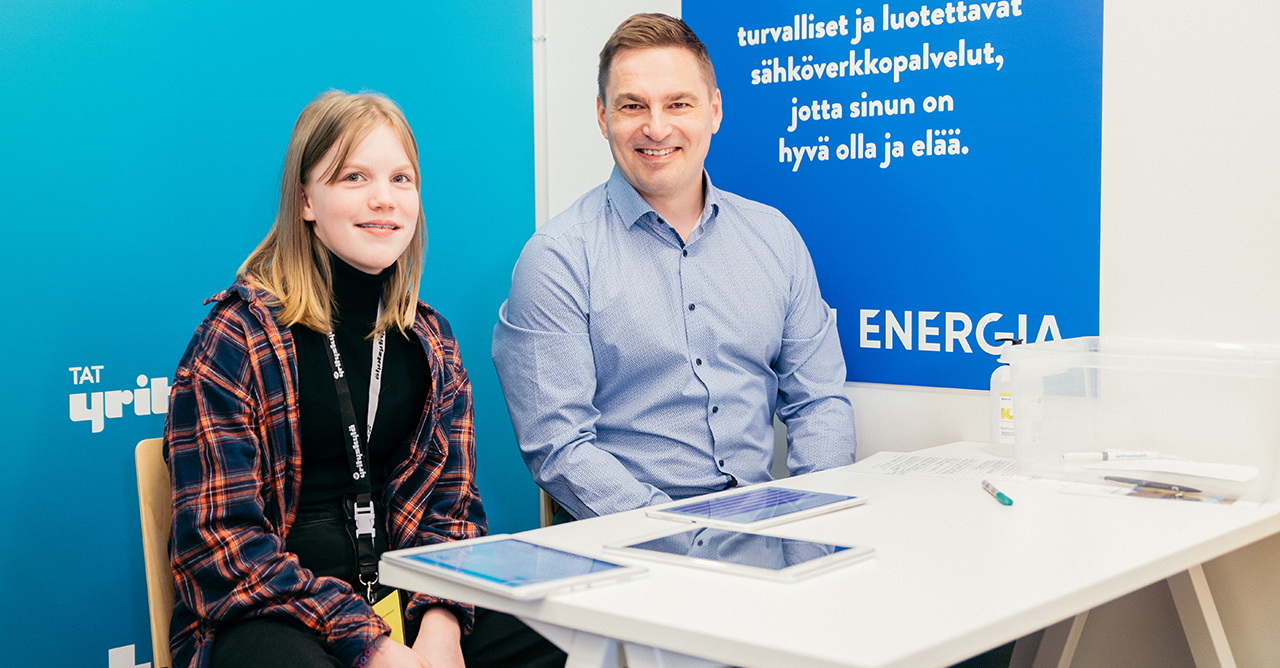 At the end of the day, Oulu Energia’s CEOs Emmiina and Juha pose for a joint photo.