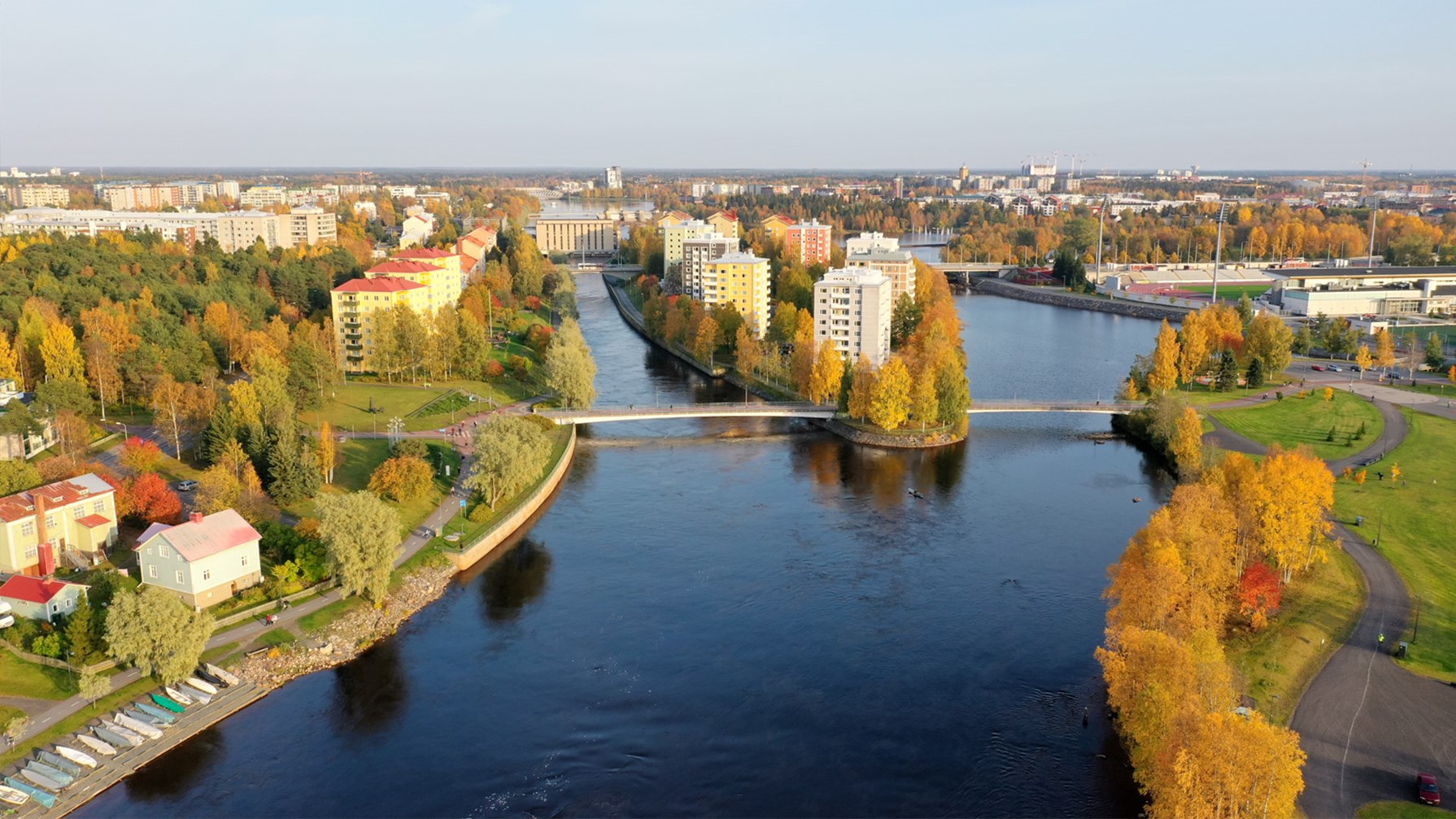 From the fish pass gate, the fish migrate a distance of 750 metres, which includes 64 steps rising up to 11 metres above sea level. The challenge in planning and implementing the fish pass has been to chart this multi-stage route. After the route, the fish continue to the headrace channel of the Merikoski power plant and further to the headwaters. The fish can get back to the sea from the river along with the water that passes through the power plant. According to telemetry research and other observations, the fish are coping well with the ordeal.

There are three sections to the fish pass. The entrance opens into the old bundle driving channel next to the power plant. The middle section is the ascent groove dredged in the former riverbed of the rapids, and the final ascent is a partially landscaped section of Hupisaaret park. The concrete wall on the Hupisaaret side of the fish pass received a new look in May 2015, when Myllytulli School's 8th grade students created a mural depicting the run and the life of salmon in the River Oulujoki through different seasons. The 30-metre-long work is known to be the longest public and permanent mural made in Oulu. 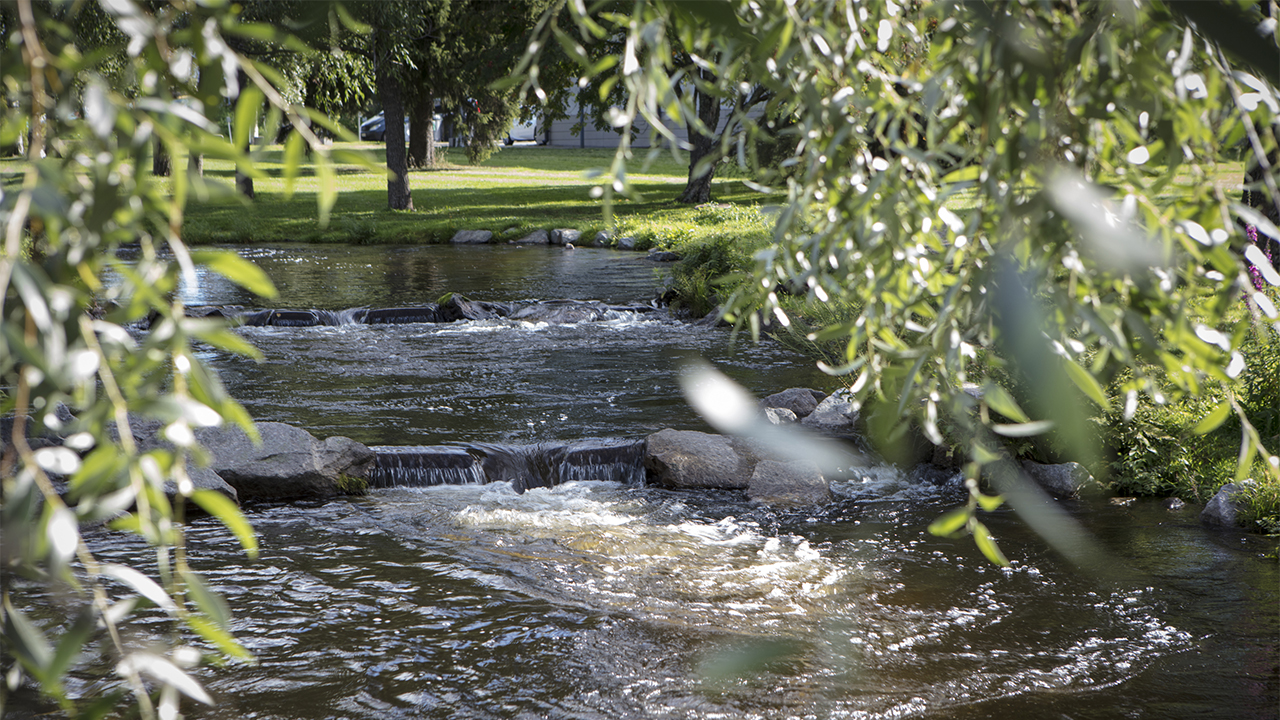 The old riverbed of the Merikoski power plant

The sites under inspection were the old riverbed of Oulun Energia’s Merikoski power plant and, in the case of Fortum, the diversion channels of the Montta, Pälli, and Nuojua power plants, the surroundings of the Utanen power plant, the old riverbeds of Jylhämä and the River Poikajoki.

The salmon family are fish that migrate upstream

In the e-brochure, read about the history of the “red gold” of the River Oulujoki, the construction and operation of the fish pass, and how we are constantly monitoring movement through the fish pass.

get_app Download a brochure about the fish pass (PDF)

The Merikoski fish pass is open from the beginning of May to the end of October. There is no sense in trying to look out for salmon on the bank, as underwater movements can be monitored through a webcam, which has become very popular and can also be viewed through the Oulun Energia mobile application.

In the upper reaches of the fish pass in Lasaretinsaari, next to Patosilta bridge (Lassinkallionsilta), there is an observation room with a view underwater through an aquarium window. The facility is open to the public annually at separately announced times. Due to the current COVID-19 situation, it is not possible to visit the observation room in person at this time. However, we will inform you if the situation allows the observation room to be opened to visitors. The upstream migration of fish can be safely and remotely monitored through the fish pass webcam.